The guy who looks after our web site has been badgering me to write a blog. So far I’ve resisted because I’m so busy, but I love writing and there’s lots of interesting stuff happening here, so I’ve decided to take the plunge.  I’ll be writing all sorts of stuff about what we’re up to, but concentrating on my real passion which is being a vegetarian in France.

I’m going to start by saying a little about how we came to be running a vegetarian business in a country not exactly known for being veggie friendly.  In fact, we never set out to do this at all.  When we decided to move to France, our idea was to run cycling holidays.  To start with though, we had to restore our 16th century house.  It wasn’t a ruin exactly, but the roof was full of holes, and it looked so dilapidated we had offers from concerned villagers to live with them because they assumed it was derelict.  To complicate things further, we’d just had a baby; our son Sam was just seven months old when we emigrated.  The restoration took 15 months – faster than anyone thought possible, but it meant not just spending vast sums on building work, but 15 months with no income.  We didn’t have the budget for that, so decided to start a market stall selling cakes.  It was really hard work, but meant we got to know everyone in the village and it at least meant our food bills were paid.  I also found it surprisingly rewarding; I loved getting creative and I loved people’s delighted reaction to what I was doing. 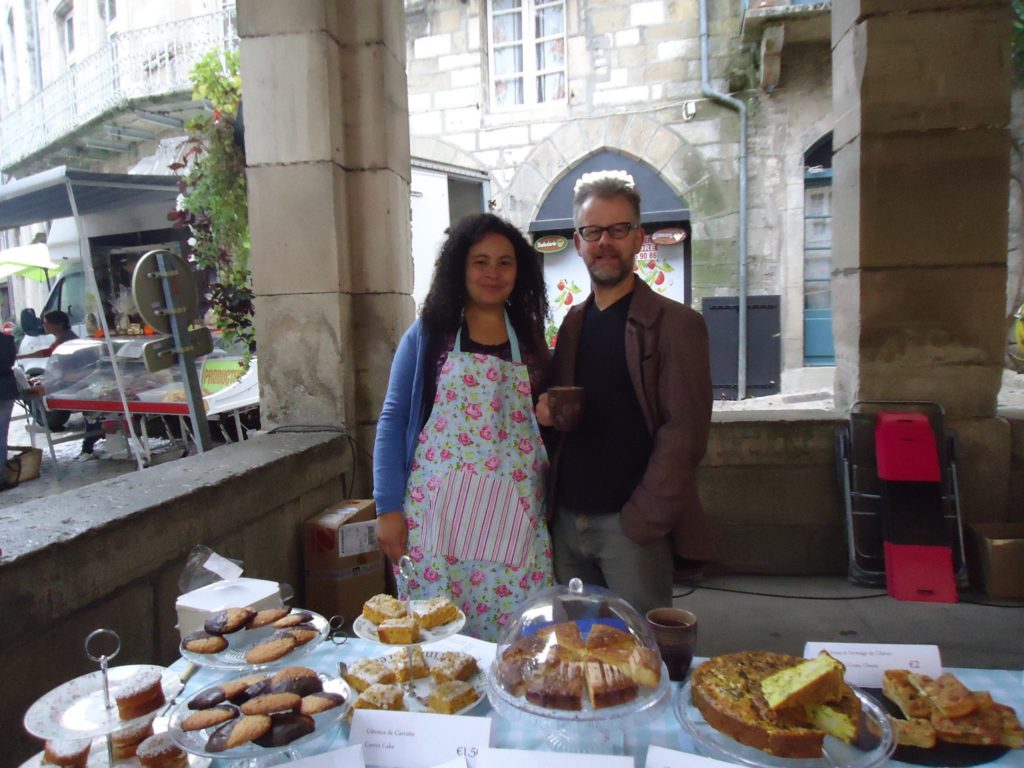 The food stall had to stop when we opened for business.  It simply wasn’t possible to serve breakfast to guests, look after Sam and run the market stall at the same time.  The restoration had been so manic, we’d had no time even to think about cycling holidays, so we just opened as a b&b, which turned out to be a really good way of doing things.  It meant we concentrated on getting the accommodation right before we moved on to other things.

To start with, we never made a link between being vegetarian in France and running a b&b.  A traditional French breakfast is vegetarian anyway, so we saw it very much as a b&b which happened to be owned by vegetarians.  Our first season went well, but 2016 was a difficult year for tourism in France.  The wettest spring in living memory, strikes and the terrorist attacks all added up to a big fall in our bookings.  We had to do something quickly.  The cycling holidays would take too long to get moving, so we decided to go niche, and promote ourselves as vegetarian.  There are so few vegetarian b&bs in France that it was easy to appear high in google searches straight away and the bookings started rolling in.

The most challenging part of doing this was evening meals.  There are a surprising number of vegetarian options locally, but it was obvious that being a vegetarian b&b is meaningless unless we provide evening meals.  I’ve always loved cooking, especially experimenting with new dishes, but this was a world apart from the cakes I was making for the market stall.  Looking back, I was so intimidated by the prospect of cooking for money I completely over-compensated, spending hours researching new dishes and techniques, searching out the best local ingredients, and experimenting.  I quickly realised that being a vegetarian in France isn’t quite as insane as I thought – the quality of the ingredients is so much better than I was used to in the UK.  The veg tastes better and its easy to source interesting local varieties of the usual staples. 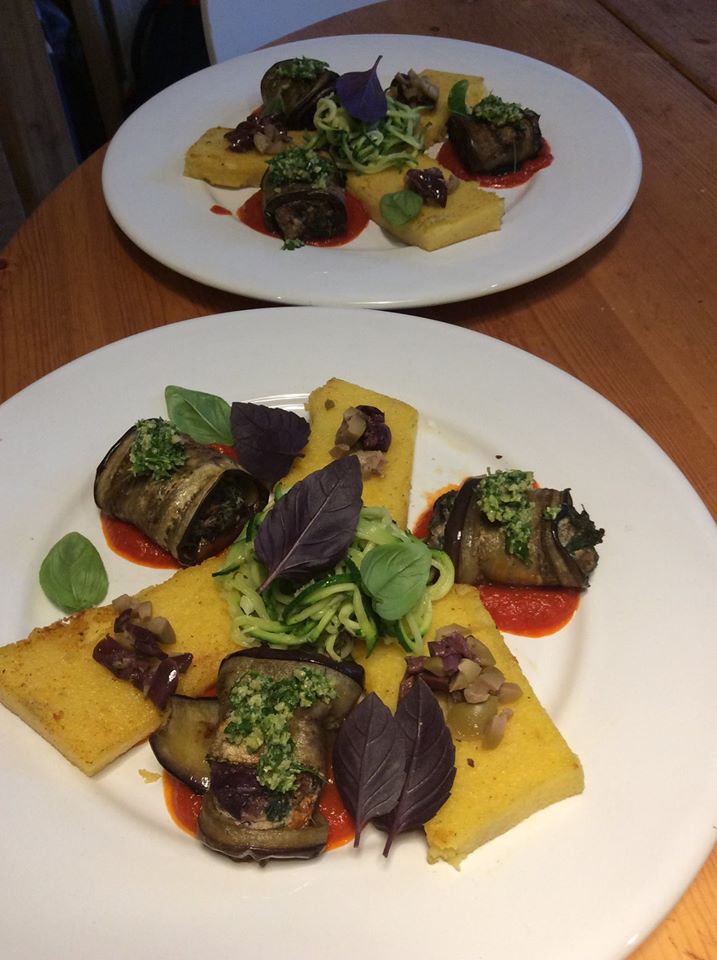 As time passed I became more confident in my ability to combine flavours in new and imaginative ways, and to compose a dish so that all the components work well together.  We also branched out into vegan cooking.  We’re not and probably will never be vegan, but I’ve learnt a lot from the creativity of vegan chefs, so much so that probably 75% of what we now eat is vegan.  I’ve found the additional constraints of veganism help me to get even more creative. 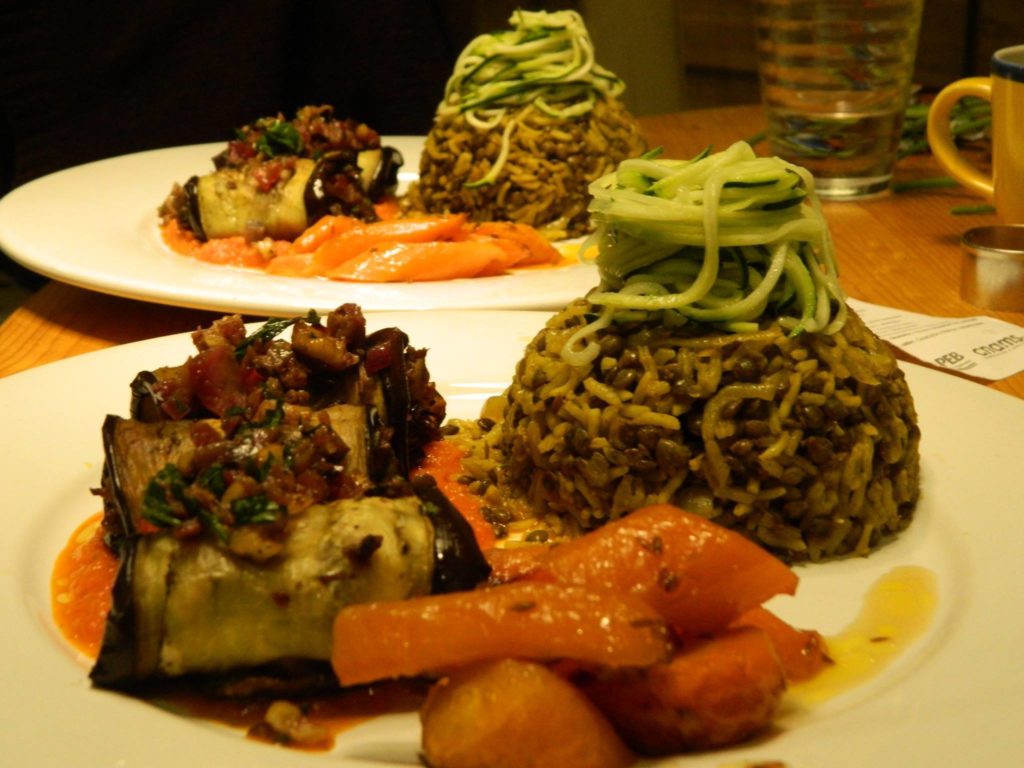 Perhaps the best part of this is that I’ve made my mark on our business.  I always thought cycling holidays were a great idea (and it turns out they work well) but that was always my partner Peter’s thing.  Now I have something which is about my passions and which I find more fulfilling than I ever thought possible.

I’m going to write much more about vegetarianism and veganism in France, but I thought a potted history of how I came to be a vegetarian in France was a good place to start! 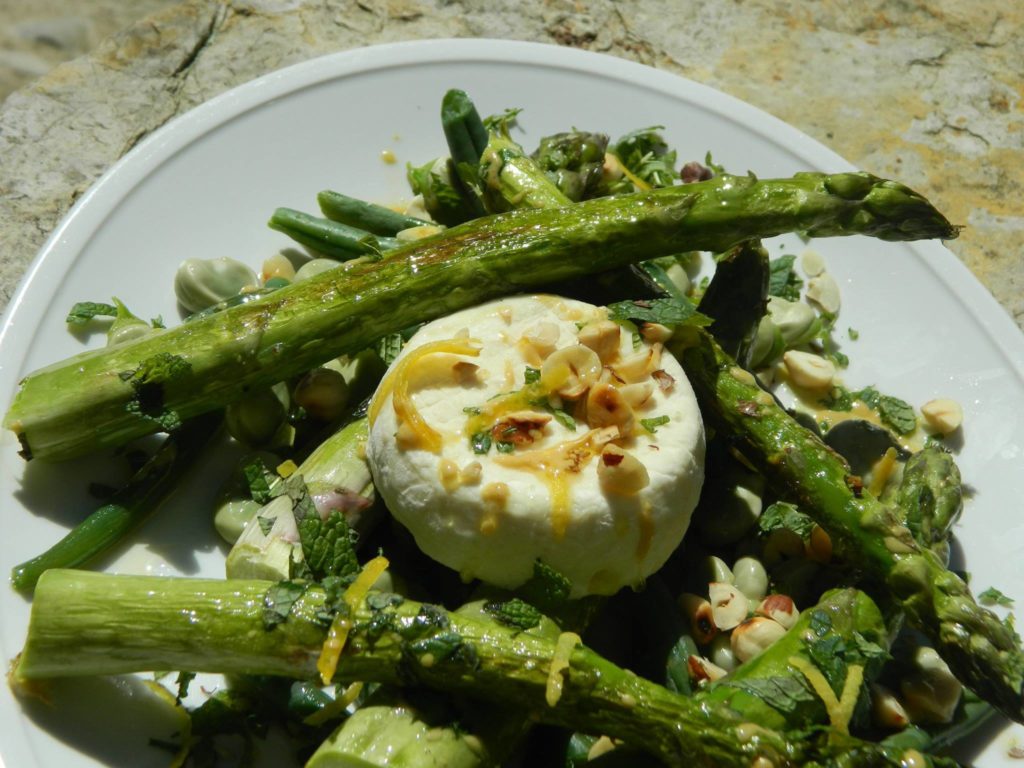