Click on the map below for directions to the B&B.

We’re around an hour from Toulouse airport which has good connections to many UK airports. Rodez is also an hour away and is used by Ryan Air. We can pick you up from the airport, or, if you’re flying into Toulouse, you can take a bus to the centre from where you can take a train either to Caussade or Lexos. The cheapest way to get here from either airport is to hire a car, but don’t forget to bring your own satnav.

You’ll probably arrive from the north on the A20 which you exit at junction 59. Follow signs to Caussade from where you’ll pick up signs to St Antonin. As you approach town you’ll come down a winding descent into the gorge which will drop you on Avenue Paul Benet. Look out for a bar on the left called Gazpacho, park up as soon as you can and continue on foot; Sat navs have a nasty habit of directing you down roads too narrow for cars! Turn right just after Gazpacho down a narrow cobbled street called Rue de la Pelisserie, then right again just before the main square into Rue Droite. Le Cheval Blanc is immediately on the left. We’ll give you a hand with your bags and sort out somewhere for you to park.

If you’re coming from Toulouse and the south, leave the A20 at junction 61 from where St Antonin is signposted. You’ll arrive in town as above.

We find the most civilised way to get here from the UK is to use a night ferry with a cabin across the channel . We’ve think the best route is Portsmouth to Caen simply because the journey time to St Antonin is shorter than from any other channel port. At an easy pace with plenty of stops you’ll arrive in St Antonin for dinner.

Most sat navs want to take you via Paris which is always a really bad idea no matter which port you use – the traffic is terrible. There are now good routes to St Antonin from all the channel ports without going through Paris. Driving distance from Caen is 460 miles (750km) with a driving time excluding stops of around 7 hours. 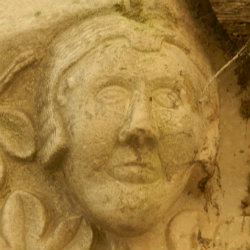 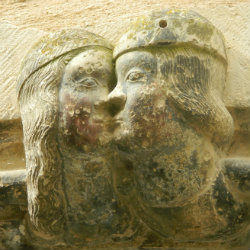 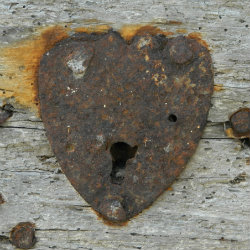 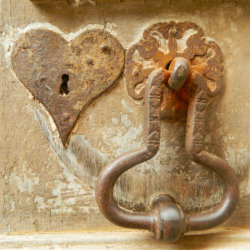