We first discovered the town five years ago while riding across France.  Natalie’s bike broke, and St Antonin has no bike shop and no station, so we were stranded.  The idea of moving to France came a little later, but try as we might, we couldn’t find anywhere we liked better than St Antonin!

Our original plan was to run cycling holidays, which we’re now doing, but that was Peter’s passion.  Natalie really wanted to do something with food, so we decided to use the accommodation we’d developed for the cycling holidays as a vegetarian and vegan b&b.  The two businesses now run in parallel; sometimes we host cyclists, sometimes vegetarians, sometimes both.

In our former lives Natalie was a freelance researcher in the health sector and Peter was a sociology lecturer.  We were both finding our careers less and less fulfilling and wanted a quieter life in a beautiful place where we could follow our own interests.  We’re delighted to say that despite all the hard work, it’s working wonderfully! 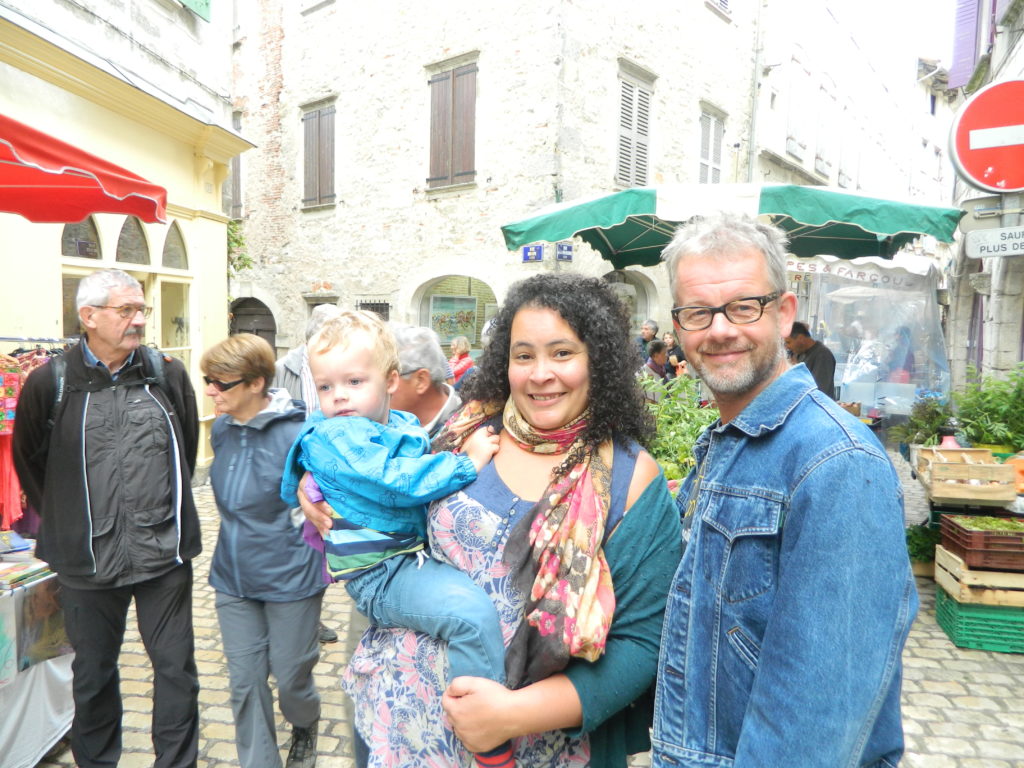